Abstract Child: Only Ever Close

This performative presentation was formed as an audio-visual, textual experience. Artist Tam Hare constructed a position or character here, by adapting specific, obscured narratives that explore ideas concerning perceived cognitive issues and how these might relate to global capitalism within a post-capitalist setting. Crucially, the work also examines the availability of constantly expanding sources of knowledge, globalisation, ‘the new media’ and the internet, and what affects these elements have on this constructed, troubled subject.

Presented was an independent ‘viewpoint’ that has felt a psychological and social rupture and become acutely disconnected from their contemporary society and setting. Consequently, a depiction of how information is manifested and expressed within the psyche of a subject as they begin to replicate their schizophrenic environment was envisaged through this performance.

The resignation of what comes next can be seen from here. This force cannot be touched or grasped; no place is somewhere that might be an indication of where to go from here.

By creating a subject that exists within, and is a result of this socioeconomic system, what was displayed is a specific realisation of the system’s abstract formations and its ensuing productions. How this individual perceives these structures working against the collective will of their society – by continually projecting into a hypothetical future that forever bypasses the present – has helped create this internally ungrounded and indeterminate being. Their considerations of the rhetorical and utterly contradictory nature of this environment is manifested in this character and subsequently embodied in the work’s ensuing performance.

This work by Tam Hare was partly in collaboration with composer John Bryden and visual artist Anna Glantz.

The project was kindly supported by Fylkingen member Robin McGinley, Stockholm’s EMS Elektronmusikstudion and Konstfack’s CuratorLab Program; with additional thanks to Camilla Larsson & Jacek Smolicki for their consultation & advice.

The performance was staged at Fylkingen in Stockholm on May 28th.

Based in Edinburgh, John is a composer and producer currently recording under the name Eyes of Others.

Anna Glantz is a Stockholm based artist. In her work she creates images by utilising a mixture of drawing, painting, collage, illustration & printmaking. 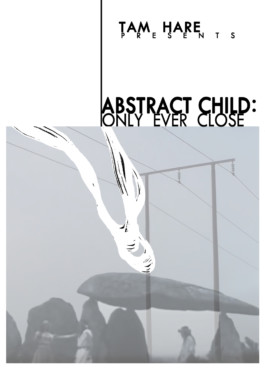 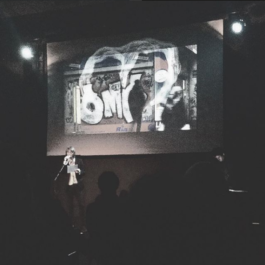 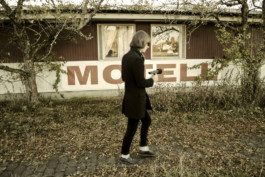 Tam Hare (b. 1983 in Edinburgh, Scotland) is an artist, writer-researcher based in Uppsala and Stockholm. The foundations of his research are presently text-based although design, audio, photography, and film typically merge as key elements of his practice. In addition, he works curatorially, collaboratively, and in arts production.

Prior to moving to Sweden, Tam gained a BA honours degree in Film, Photography & Digital Imaging(2009) and an MA in Photographic Studiesfrom the University of Westminster, London (2011). Since arriving in Sweden, he has also completed courses in Research Writing (Linnaeus University, 2017) and Philosophy A(Stockholm University, 2018).

He graduated from Konstfack’s CuratorLab course in June 2016. His project’s event culminated at Fylkingen in Stockholm. Tam was the curator, artist-performer, designer, writer and publisher of the project. This was a collaborative work entitled ‘Abstract Child: Only Ever Close’.

Professionally, Tam has worked with organisations such as Limbo, Turner Contemporary (Margate), Ambika P3 Gallery (London), Herbert Read Gallery (Canterbury), KTH Royal Institute of Technology (Stockholm), Färgfabriken (Stockholm), Bonniers Konsthall (Stockholm). While at Konstfack, he was also part of the programming team and wrote a published essay for Iaspis Open House Spring 2016. During this time, he planned and organised a talk by the influential theorist Benjamin Noys at Tensta konsthall and, additionally, the Higher Seminar that Noys held at Konstfack.

Presently, he continues to work on his ongoing research project and has self-published various materials as part of this process. At his studio in Uppsala, he is a member of an artist-run federation called Hospitalet.They collaborate and stage exhibitions; working on a number of shows over the last year. The most recent being Beyond Utmarker, held at Ä-huset (Uppsala, May 2019). Currently, they are working on a show and exchange, to be staged on Visby in August and then returning to Uppsala in September.

After the last three years working full time in education and arts production in Stockholm, Tam is now planning to begin a PhD in the autumn of 2019. This, he has been working towards over the last year.