As her final individual project Saima Usman presented the exhibition and programme ‘Lesser-known Stories’ at Botkyrka Konsthall on the 24th of May 2017. The exhibition featured two artists, Shazia Farrukhand Khusro Sabzwari. During the exhibition three speakers, Johannes Anyuru, Fazeela Sellberg Zaib, Frédéric Brusi discussed topics related to the exhibition. Max Dahlstrand gave a tour of the Fittja Mosque which culminated in a dinner to celebrate the beginning of the holy month of Ramadan.

In ’Lesser-known Stories’, Saima Usman drew upon both the historical and contemporary Muslim cultural and artistic practices in Sweden, reflecting on the ways in which they form aninherent part of European history and identity.Usman’s project remarked upon how, due to the immigrant crises in Europe, some people on social media and in public placesfeel justified and encouraged to express derogatory attitudestowards the Muslim community. She pointed to howIslamophobia has become a factin societyand is on the risethroughout western countries. A spate of recent attacks on mosques in Sweden created an alarming situationthroughout her communityand sparked the need to find solutions. As a result of these incidents, the Swedish government promised to launch efforts to counter Islamophobia, by educatingpeople about Islamto curb prejudice. Central to ’Lesser -known Stories’ was the question ‘what has come of these efforts and where do we stand today?’ 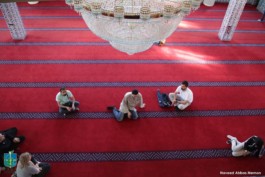 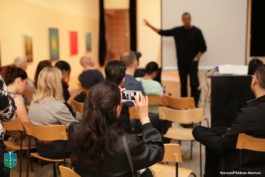 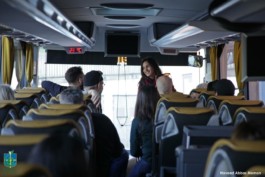 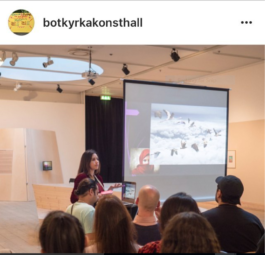 Saima Usman is an artist, designer, and curator who studied at Konstfack University of Art, Stockholm, Sweden. Currently she is completing her MA in Religious Roots of Europe i.e, Judaism, Christianity, and Islam at Lund University, Sweden. She is based in Stockholm but doing her research work and art projects on modern and contemporary issues around the globe to create sustainability and equality on the planet. She wants to spread knowledge, justice, and peace through social and cultural integration in diverse societies.