Doing the Publication | Nature: An Exhibitionary Complex in Djurgården

'Investigating mediation as a state, documentation is a central part of my research, and I question it as much as I use and practice it. Together with the notions of appropriation, re/negotiation and continuation, I want to differentiate between documentation and presentation.'

‘Nature: An Exhibitionary Complex in Djurgården’ is a series of works that sit within the encompassing analysis of the concept of ‘nature’ from the context of Djurgården. How is the term used and how does it affect how we view the world? The works within the series explore the relationships we establish with nature, perhaps offering alternatives that could be more beneficial to the environment and social relations than the current ones.

The concept of nature has been used in Djurgården to create a national identity; from its use in Skansen and the Biologiska Museet, to the construction of the park as a whole. Following Adam Schmitt’s definition of the demos (namely, the ‘friends’ of the nation-state), the existence of the ‘enemies’, or of the Other, is necessary to have a democracy. In the case of Djurgården’s Skansen, the Other are the exotic animals and the Saami, and in the Swedish nation-state, the Other is the Saami, and this is the way they were portrayed in Skansen and in the Nordiska Museet. Saami were pictured as “wild, uncivilized and being close to nature”(1), and they did not have any say on how they were represented in these institutions until the 1950s, with the creation of the National Association of Swedish Sami (SSR) (2).

‘Being close to nature’ in that context was thus viewed as not belonging to the civilized Swedish society. This society could spend time in the countryside, even walk around it freely, as the Swedish Constitution indicates, have picnics, pick blueberries and mushrooms, or go to the Biologiska Museet, but it was very clear that these activities were just performed during their leisure time. Depending on nature for a living in the age of great industrial developments could only mean that you were not part of society.

Exploring the history of Djurgården from the XVIII century onwards can throw light on how Western societies have related to the natural environment since the Industrial Revolution. The development of a modern form of social control, ‘the exhibitionary complex’, coined by Tony Bennett, runs parallel to the prison, school and health systems; while the latter puts the emphasis on the individualization of subjects within separate spaces and on a hierarchical gaze up-bottom, the former drove masses to open and public arenas, such as museums and parks, where messages of power could be broadcast to huge audiences. “[…] through the provision of object lessons in power – the power to command and arrange things and bodies for public display – they sought to allow the people, and ‘en masse’ rather than individually, to know rather than be known, to become subjects rather than objects of knowledge.”(3) The architecture provided in these spaces allowed large audiences to view themselves. Thus, everybody had the power to control everybody, including themselves.

With the support of: Spanish Embassy in Sweden, Konstfack and Nordiska Konstförbundet (NKF). 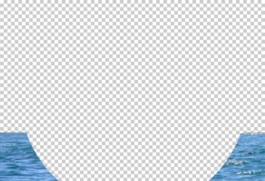 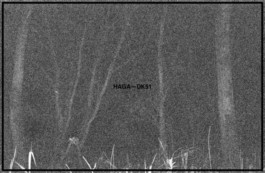