Vennestraat, Hidden Places and Identities is an art project that aimed to  investigate the identity, both on a human and a territorial scale, of the former coal mining citè of Winterslang.  Winterslag is a working-class area of Genk built one century ago to host the immigrants who worked in the mine. Vennestaat, is the central artery of the social and commercial life of the area. The project involved a group of international artists and art collectives, who were invited to work site specific and to get in contact with the social and territorial identity of the place: Aurora Meccanica, Fatma Bucak, Ettore Favini, Meryll Hardt, Marguerite Kahrl, Carole Louis, Vittorio Mortarotti, Geraldine Py / Roberto Verde, Karim Rafi, Younes Rahmoun and  Zimmerfreti.  Invited  to work within the apparently less concrete and less obvious exchange of representations, memories and subjectivity happening constantly in the street, they have mapped historical urban spaces, as well as neglected green spaces connected to the history of the  neighborhood.

Project co-curated with the art historian and journalist Francesca Berardi.

Simultaneously, I  started to develop a theoretical research around artistic practices of image appropriation and montage, by using as starting point Roland Barthes’s mythology - a strategy for the analysis of the relationship between society and ideology - and the reception of this theory in the American art in between the end of the 70’s and the beginning of the 90’s. The research was  primarily  focused  on the works and writings by artists as Dara Birnbaum, Richard Prince, Jack Goldstein, Sherrie Levine, Cindy Sherman, Barbara Kruger and Martha Rosler. It represented the first step of a research on the  correspondences in between art exhibitions and mythology  I am actually working on within the frame of my Phd in  the University in Louvain-la-Neuve in Belgium. 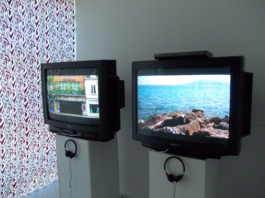 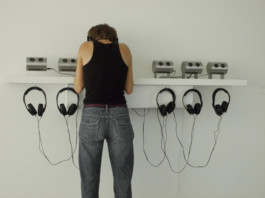 Within the frame of her PhD at UCL Louvain-la-Neuve and under the supervision of Prof. Dr. Alexander Streitberger, I pursue the research of the correspondences between art, several conceptions of mythology - and by extension of myth - and exhibitions in the 1970's  work of the exhibition maker Harald Szeemann.

I  am part of the curatorial platform [or nothing]  based in Brussels, together with Louise Benatowiez and Richard Neyroud.  [or nothing] is an invitation addressed to an artist to conceive a project in a specific space.

We give priority to a mobile way of work and to interdisciplinary projects, crossing visual arts, experimental music, performance and dance.