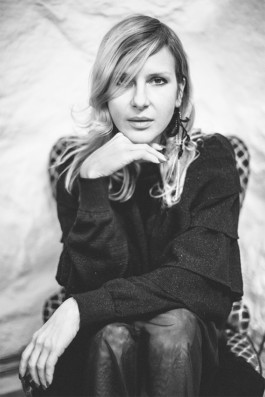 Ludmila Christeseva is an artist and independent curator, currently based in Stockholm, Sweden. After graduating from the faculty of Fashion and Textile design at Vitebsk State Technological University in 2001, Christeseva moved to Sweden to join the creative team of the Swedish couturier Lars Wallin in 2001. While in Sweden, Christeseva completed additional degrees at Stockholm University and Konstfack. Her recent projects include the production of the international exhibition “Ingmar Bergman and his legacy in fashion and art” (2018) for the Swedish Institute, which was shown in more than 60 countries around the world; and Fashion Speaks installation (2018) during Fashion Week Stockholm and the UN Women Orange Day, raising awareness about women’s rights and violence against women worldwide. Established one year ago, Fashion Speaks is an educational platform with the aim to spread knowledge and support scientific research on gender, identity, and femininity.