'Orange Trees That Talk' is a mediated performance that took place at Fittja Festival organised by Botkyrka Konsthall in the suburbs of Stockholm.

Drawing on the relationship between landscape, history and urban architecture, 'Orange Trees That Talk' explored social, agricultural and economic realities in such ostensibly disparate areas of the planet as Jaffa and Fittja. Focusing on the invention of the famous Jaffa oranges, Cooking Sections traced unexpected connections through capitalist patterns of global circulation and power structures while mapping out differences and similarities in schemes of urban development.

Over the course of three hours and as part of their Empire Remains project, Cooking Sections broadcasted live from Jaffa where they engaged in the personification task of interviewing Orange Trees to learn about the historic and contemporary condition of an urbanised landscape of orchards. The performance took the various forms of lo-fi advertisements, on and off vocal interventions and intermittent disruptions.

Cooking Sections (Daniel Fernández Pascual & Alon Schwabe) is a duo of spatial practitioners based out of London. It was born to explore the systems that organize the WORLD through FOOD. Using installation, performance, mapping and video, their research-based practice explores the overlapping boundaries between visual arts, architecture and geopolitics. Cooking Sections was part of the exhibition at the U.S. Pavilion, 2014 Venice Architecture Biennale. Their work has also been exhibited at the Neue Nationalgalerie Berlin; Storefront for Art & Architecture New York; dOCUMENTA(13); Peggy Guggenheim Collection; CA2M; the Bartlett; ETSAM; TEDx Talks Madrid; Fiorucci Art Trust London; ACC Weimar; SOS 4.8; HKW Berlin; 2014 Biennale INTERIEUR Kortrijk; and have been 2014 residents in The Politics of Food at Delfina Foundation, London.

Residence Botkyrka is a context-based residency program for internationally active artists, curators and architects who are interested in working site specifically. Botkyrka is part of Greater Stockholm and is one of Sweden’s most international municipalities with people from about eighty different countries speaking more than hundred languages. Residence Botkyrka is run by Botkyrka Konsthall and is a collaboration between the Department of Culture and Leisure, the Department of Urban Planning, the housing company Botkyrkabyggen, and the Multicultural Centre, a center with national mandate for migration research, in the municipality of Botkyrka.

This project was developed through CuratorLab at Konstfack University College for Arts, Crafts and Design, Stockholm, Sweden. 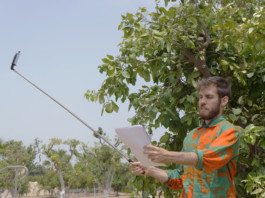 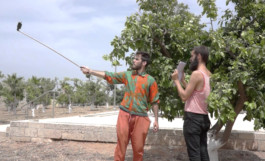 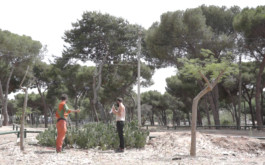 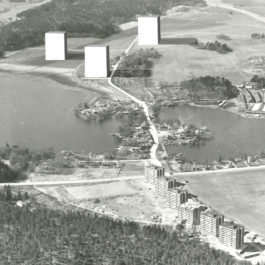 Kalliopi Tsipni Kolaza is an independent curator based between London and Athens. She holds an MA in Visual Culture from the University of Westminster. In 2013 she was an associate curator of the Maldives Pavilion for the 55th Venice Biennale. Over the past four years she has worked for various public art institutions in London such as the Serpentine Galleries, The Architecture Foundation and the Contemporary Art Society. She is part of the Mnemoscape curatorial board and she has been awarded the Samos International Curatorial Fellowship 2015.