KÖKET’ a collaborative curatorial project between Kim McAleese and Josefin Vargö. Under the umbrella of Underverk, a public programme of food events was presented at Konsthall C and in an art studio on Brännkyrkagatan 13. The programme focused on home labour and the gender divide in relation to domestic tasks (such as cooking, cleaning and maintenance). The projects asked whether much has changed -if anything at all-since the feminist protests of the early 1970s. The research was grounded in writings by Silvia Federici,Mariarosa Dalla Costa and the Italian Autonomists, as well as the work of Mierle Laderman Ukeles. For more information please visit http://underverk.in/projects/2015-2/ 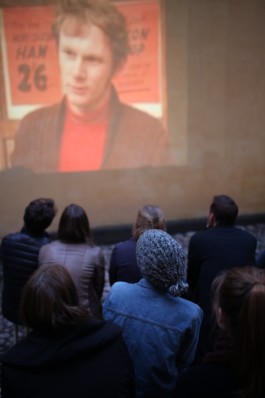 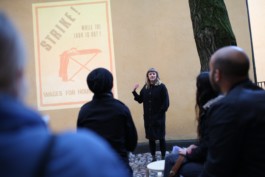 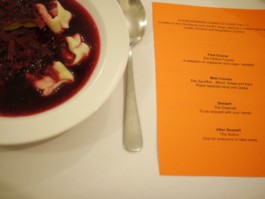 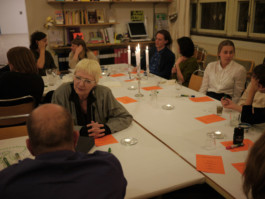 Josefin Vargö (Sweden) is a food experience designer and an independent curator based in Stockholm, Sweden. In her meal and food experiences, she designs the nature in which knowledge and emotions are exchanged between people. Often by exploring connections between the different senses, offering moments to consider diverse ways of being. She produces work for both art commissions and commercial productions. In 2013 she co-founded Underverk, a platform curating theme-based public pop-up exhibitions and events.

Josefin is based in Stockholm, Sweden. She recently came back after a three month residency at The Delfina Foundation in London, UK, where she participated in ’The Politics of Food’ programme. She is currently the artistic director for the European traveling exhibition ’What You Didn’t Know Existed’,  showcasing Slow Food’s ’Ark of Taste’ project, launched at Spritmuseum (2019) in Stockholm. Her work ’Levande Arkivet’ was exhibited in the group show ’The Fab Mind: Hints of the Future in a Shifting World’ (2014) at 21_21 Design Sight Museum in Tokyo, Japan. Publications include ’7 Common’ (2018), a collaborative research project by the collective Case Studios that explored artistic and critical strategies within food, culture and communities in the neighbourhoods along the 7 train, in NYC, USA (with support by The Swedish Arts Grants Committee).