How to Build a Public Sculpture

‘How to Build a Public Sculpture’ is a combination of research surrounding the life and work of artist Endre Nemes, including interviews with one of the artist’s former students. Born in 1909, in Pécsvárad, Hungary, Nemes began his career as a writer and journalist. Having published a collection of poems in 1928, he later established a platform for satirical cartoonists, which signaled his transition to the visual arts. Raised in a country under occupation and ongoing political change, he stated that ‘I can live in six different languages’, a remark that is reflected in the cross-cultural motifs in his work.

Before establishing his practice in Sweden, Nemes fled from Czechoslovakia to Finland in 1938 as an exiled Jew where he settled and taught at the Free Painting School in Helsinki, before again escaping in 1940 to Norway and quickly following to Stockholm, Sweden after a short period spent in the detention camp Loka Brunn. In 1947, the artist was appointed teacher at Valand Academy in Gothenburg and started a printmaking and monumental art department and quickly formed the still artist run space, Galleri 54.

To broaden the discussion of printmaking in Sweden this survey also acknowledges the pre 2nd World War radical journal, Mänsklighet (trans. Humanity) produced in 1934, which drew together a collection of satirical commentary from several painters, graphic artists, and writers. In the 1930’s, a time of rapid political change, Swedish artists began to acknowledge and take a stand against escalating social problems such as heavy unemployment, the oppression of the Swedish military guard and the rise of National Socialism in Germany. In response, Albin Amelin (b. 1902 Chicago, USA d. 1975 Orust, Sweden) a painter and cartoonist, largely led the journal and its commentary of resistance against censorship with a collection of prints and written text often depicting oppressive and austere imagery. Perhaps one of the most notable images captured in Mänsklighet was Amelin’s work De sista arierna (The Last Aryans), 1933, a linocut depicting two German soldiers, one forcefully restraining and throttling the other while surrounded by skulls and bones of the deceased. Amelin depicted these, showing gallows standing in the background with the noose free from its victim, whilst two soldiers fight in the foreground. 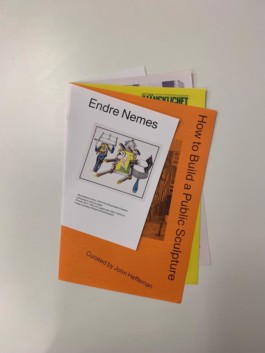 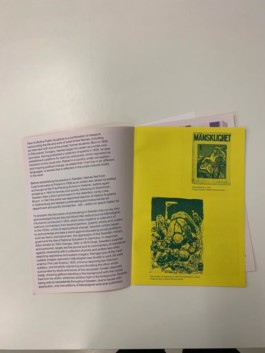 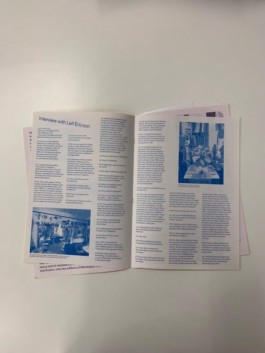 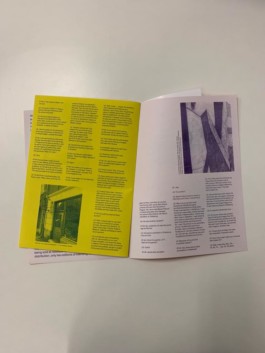 John Heffernan (b. 1985, Glasgow, Scotland) is Senior Curator of Humber Street Gallery, Hull, UK, a newly formed center for contemporary art supported by Arts Council England. His previous role as Head of Exhibitions at the award-winning Jupiter Artland Foundation, based just outside of Edinburgh, saw him commission work by some of the world’s foremost contemporary artists, including Phyllida Barlow (UK), Nicolas Party (CH), Christian Boltanski (FR) and Sara Barker (UK). Heffernan produced permanent outdoor commissions at Jupiter Artland and established a temporary commissions programme to support the production of outdoor work for emerging artists. In addition, John curated exhibitions across the five gallery spaces at Jupiter Artland with a programme of diverse and wide-ranging exhibitions and events that included work by Celeste Boursier-Mougenot (FR), Samara Scott (UK), Mika Rottenberg (IL/USA), Liz Magic Laser (USA) and Michael Sailstorfer (GER). He graduated from Edinburgh College of Art in 2007 with a BA (Hons) Fine Art and was a participant in the postgraduate Master’s programme, CuratorLab at Konstfack, University of Stockholm.