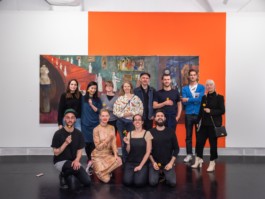 Throughout 2017/2018 together with artist Dora García, curator Maria Lind and writer Michele Masucci we embarked on a year-long research around the legacy of Alexandra Kollontai, who was a prominent Russian revolutionary, a commissar of Social Welfare after the October revolution in 1917, and later a long-term Soviet Ambassador to Sweden. She introduced abortion rights, secularised marriage, and provided paid maternity leave. Kollontai considered “comradely love” to be an important political force, elemental in shaping social bonds beyond the limitations of property relations.