An intellectual history of the clock.

An intellectual history of the clock was a performative lecture aimed at a small audience, which focused on concepts and ideas relating to the social construction of time. It revolved around concepts and ideas like time measurement, the history of clocks, the implementation of clock-time and the standardization movement.

The lecture was conceived as a sort of narrated exhibition in which artworks by various contemporary visual artists were neither physically shown nor explicitly represented through their image. Instead, they were referenced by different means, such as storytelling, ekphrasis, and re-enactment, and through indirectly related visual and audio-visual information. This represents an attempt at exploring the possibilities of speech, storytelling, and other forms of orality and performativity as curatorial and exhibiting tools. In addition to examining the value of referentiality and allusion in curating, the lecture also posed questions about the role of visuality and image-making in contemporary visual art. Despite the strong emphasis on language and verbal expression, the conference made extensive use of screens, as well as images and videos – mainly taken from the Internet – to comment on how knowledge is produced in the scopic and hyper-communicative regime that characterizes contemporary society. The exercise also sought to subvert the assumed neutrality and veracity of the curator’s position and instead point to the subjectivity and emotionality that shape any curatorial act.

An intellectual history of the clock was part of a series of performative lectures linked to ongoing long-term curatorial research into the experience of time initiated by Alexandra Laudo [Heroínas de la Cultura] at the research program CuratorLab, Konstfack University (Stockholm), directed by Joanna Warsza. Upcoming lectures in this series will examine, among other topics, the action of waiting and some of its cultural, socio-economical and poetic implications; questions related to the rituality of birthdays; the complexity and ambivalence of the act of sleeping from a historic and contemporary perspective; and the opposition between still and moving image and how this connects with technological velocity.

Artists: Various contemporary artists and a site-specific project by Gideonsson/Londré.

With the collaboration of: Bodegas Enate and Viña Española. 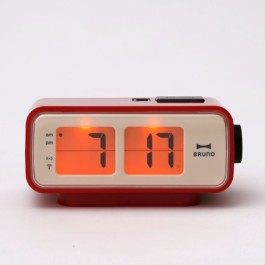 Alexandra Laudo [Heroínas de la Cultura] is an independent curator based in Barcelona. She was a participant at CuratorLab at Konstfack in 2015-2016, where she developed An intellectual history of the clock, a performative lecture understood as a narrated exhibition, which so far has been presented at Malongen - Nordiska Konstförbundet (Stockholm), Timelab (Ghant), L’Iselp (Brussels), HalfHouse (Barcelona), Ciało i Umysł (Warsaw), andriesse eyck galerie (Amsterdam), and Collective (Edinburgh). After CuratorLab, Laudo has continued exploring the format of the performative lecture as a curatorial tool, and has developed a new lecture performance, How to observe a nocturnal sky, comissioned by Collective (Edinburgh). Besides this specific curatorial format, Laudo has curated several shows, both in Spain and abroad, including The possibility of an islandat Espai 13 (Fundació Miró), A certain darkness (CaixaForum), Compositions (Barcelona Gallery Weekend), Asuntos domésticos (Visiona), Constel·lacions familiars (EspaiDos Terrassa, Museu de l’Empordà, Espai Moritz, MAC Mataró) and La condició narrativa (La Capella), among others. Laudo has received different curatorial awards and research grants, such as the GAC award for Curating, the Terrassa Comissariat award, the BCN Producció Comissariat award, the research travel grant by Galleria Nazionale d’Arte Moderna e Contemporanea di Roma and Fundacio la Caixa, the grant for Training and Improvement in the fields of art, philosophy and new creativity, and the curatorial award Comisart, by Fundació la Caixa. She, has been editor and author of several art catalogues and books, and has contributed essays and critical texts to various publications.