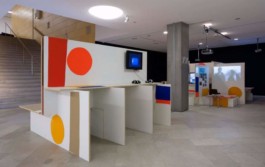 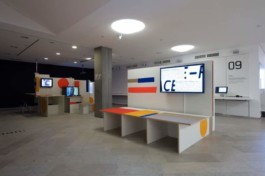 Aimar Arriola (Basque Country) works as a curator, editor, and researcher. He was a participant in the 2009–2010 edition of CuratorLab. A graduate from MACBA's Independent Studies Programme, Barcelona, Aimar is a PhD candidate in Visual Cultures at Goldsmiths and has been a research resident at Reina Sofía, Madrid, Visual AIDS, NY, and X Central American Biennial. He was a nominee for the 2012 ICI New York Independent Vision Curatorial Award. Since then, Aimar has organised exhibitions and events in MACBA Barcelona, The Showroom in London, Tabakalera in San Sebastián, and at Bilbao Fine Arts Museum, among others. As a member of the collective ‘Equipo re’, from 2012 to 2018, Aimar developed the long-term project AIDS Anarchive. Currently, he is the chief editor of The Against Nature Journal, a publication and events programme initiated by Council, Paris, that explore the concept of laws ‘against nature’. In the period 2019-2021 he will be a member of the curatorial committee of Eremuak, the Basque Government's contemporary art programme.